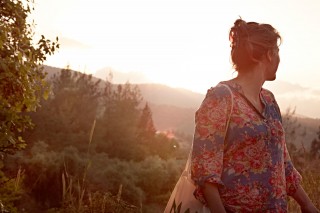 Bulgur is one of the world’s oldest convenience foods, made from cooked hard wheat that is then dried and cracked. It is served daily throughout the Eastern Mediterranean, including Greece and Cyprus, where it is known as pourgouri.

Popular chef Maria Elia, who explores her Cypriot heritage in the book Smashing Plates, says: ‘Bulgur is better than couscous, particularly for salads. It is filling too, so you don’t need a lot.’

If you a looking for handy healthy staples, bulgur is worth some attention.

Here are Maria’s top tips for cooking with it. See also her tomato bulgur pilau recipe.

The size of the pan matters

There are five grades of bulgur, though you may have to head to a speciality Mediterranean store to find all of them. Traditionally, they each have specific uses. For general weekday cooking however coarse (or large) bulgur is the most versatile and not as easy to overcook as fine bulgur.

How long you keep the bulgur on the heat depends on its size and what you want to do with it. For a salad, the cooking time will be fairly short, 5 minutes or so, and followed by a period of letting the bulgur sit covered to steam in the residual heat of the pan. Wetter braises could see the bulgur simmered for as long as 15 or 20 minutes.

Toast if you want to

You can toast bulgur in a dry pan, stirring constantly until fragrant, before simmering it in liquid. This will give the bulgur a richer nutty flavour. But you don’t have to.

Add a pinch of cinnamon

This, for Maria, turns a dish of bulgur into a veritable cuddle. ‘I grew up with this combination,’ she says. ‘The sweetness of the cinnamon and the earthiness of bulgur go hand in hand.’