Who needs meat when you can eat a black badger?

Why black badgers ever became niche is the immediate query – they’re delicious. Also known as maple, carlin, pigeon, black or grey peas, they’re a plump, big-flavoured and incredibly satisfying pulse that chefs round Britain should be rockin’. (You know: the ones who bang on about local ingredients and then, when it comes to meat-free dishes, pull out the arborio or pasta.)

Fortunately, we have Hodmedods – suppliers of British-grown peas, beans and more – championing the cause. And Michelin-starred Lancashire chef Nigel Haworth to offer guidance.

‘The outer shell of black peas is firmer than that of marrowfat peas or lentils so they don’t break down in quite the same way,’ he advises, ‘but they’re lovely in pea and ham soup. And with white fish: you could purée the black peas and stir them into mashed potato to accompany, or toss them with cabbage and bacon for something more rustic.’

He likes them to thicken lamb or mutton stews, and serves them with pork cutlets, when he flavours the badgers in the traditional Lancashire way with malt vinegar (it does go fantastically well with them!)

But, mostly, Nigel uses black badgers for that vegetarian staple houmous. His roast garlic, chilli and tomato flavoured version is a popular dipper for bread at his five gastropubs. We have a simplified version of it for you here, perfect for serving with crudités. 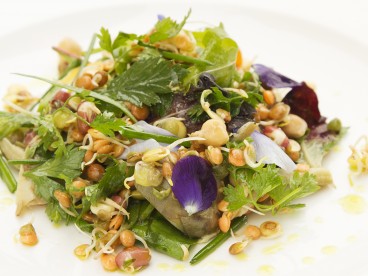 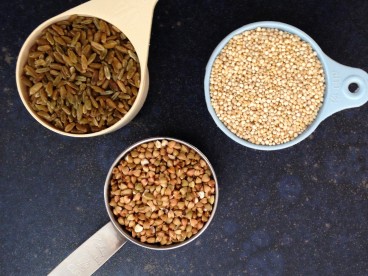